How do you write like you're running out of time? 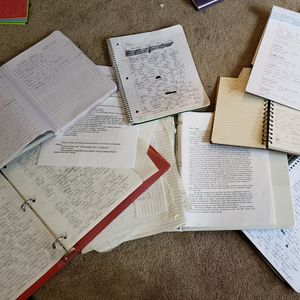 I decided recently to go over to my parents’ house and deal with all of the stuff I’ve had there for YEARS that my mom has been telling me to deal with for YEARS.

I knew I had a ton of journals I needed to get. I’ve been numbering my journals since I was 12, and I’m on #124 so… but I did not expect quite as much writing as I found. I found entire binders filled with handwritten poems I wrote when I was 12-14. (“I feel invisable” said one. With an “a”.) I found an entire (improperly formatted) screenplay I wrote when I was 19 or 20. I found several binders of handwritten stories between 60 and 100 pages written between ages 10 and 15. (One was called “Black Rose: The Return to Fernando.” Haha.) 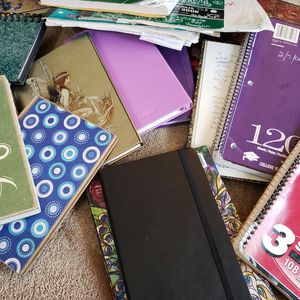 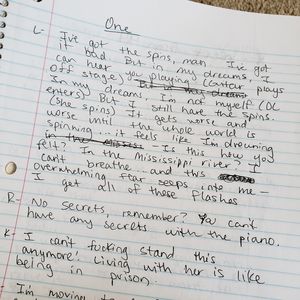 A first draft of my play, The Spins

One of the aspects I’ve always loved about the show, Hamilton, is how prolific he was. “How do you write like you’re running out of time?” And I realized I have always done this. Which I have known obviously, but seeing the evidence of this was a little overwhelming. But overwhelming in a good way. 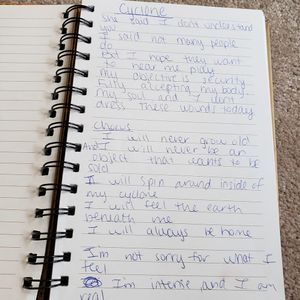 And it made me feel kind of good about myself. Because maybe 90% of this stuff is not great and maybe no one will ever read the vast majority of it. And maybe I haven’t always made the best decisions. But there’s something to be said about writing it all down. I have documented everything I’ve ever felt, thought, experienced. I have told story after story. Stories for the stage, the screen, the page. I truly do live for the written word. 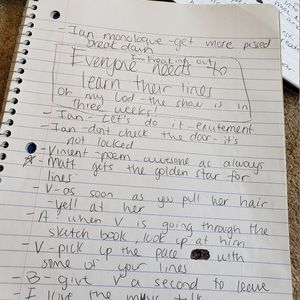 Notes from a Painted rehearsal

What have you learned about yourself going through old things?