So I'm continuing my end-of-year favorites! In this blog, I'm going to talk about my 5 favorite albums of the year (in no particular order) and some of the favorite shows that I saw.

Well, I went to a lot of shows this year - more than I've gone to any other year, probably, but most of them were on a smaller scale. So it was a lot of Drunken Unicorn, Wonderroot, Eastside Lounge, The Earl, Star Bar, Masquerade kind of shows. The "biggest" shows I went to this year were M83 at The Masquerade and Beirut at the Variety Playhouse - both of which were completely amazing. (But I love both of these bands A LOT - see below - so that's really not surprising.)


I made it out to quite a few Verge of Bliss shows this year. Not only are these guys great people, but they are seriously everything that a rock band should be. They have a high energy level on stage, Virginia's vocals are powerful and soulful with just the right amount of grit mixed in, and the instrumentation from the whole group is solid, together, and in your face. And yet, they will break your heart with songs like "Dreaming on the Eve" and "Photographs." It's really cool to see a band grow and develop, and I can't wait until they put out their album in 2012. (And shotout to Trey Bliss for being the most supportive Atlanta musician there is. Seriously, this guy is out supporting Atlanta musicians practically every night of the week it seems. You can always count on Trey to be at the show!)


On the folksy singer/songwriter side, it was all about the ladies this year for me. I was impressed by the wonderful songwriting abilities of people like Juliana Finch, Molly Parden, Rebecca Loebe, and Sydney Eloise. I had the opportunity to see all four of these ladies throughout the year (some of them more than once! and some of them I even got to play with!) They all write very sincere and honest songs with such skill that you can't help but be a little bit awed. They are also all huge inspirations to me. I definitely had "moments" to each of their songs when I was at their shows this year. Definitely check them out. 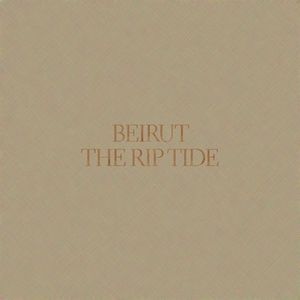 It's no surprise that I would love this album given the fact that I've been in love with everything that Zachary Condon has done, but The Rip Tide really combines all of the elements that I loved about Beirut's previous albums. There are some songs that you can dance around to, there are some songs that will break your heart, there are great melodies all the way through and great arrangements. And as always, this guy's level of talent blows me away. 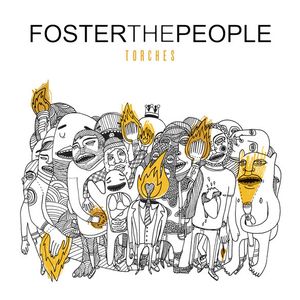 This is an album that I wouldn't have expected would make my favorites list, but it was definitely one of the albums that came out this year that just makes me happy every time I pop it in. Of course, it's catchy as hell and certainly poppy with a very mainstream appeal, but once you actually listen to the lyrics and hear what they're saying underneath all of the catchy melodies, there's actually quite a lot of meaningful substance here. So whether you just want some music you can dance mindlessly too or you want music that makes you think, Foster the People manages to do both here, which isn't always easy. 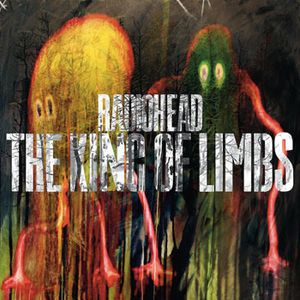 Radiohead - The King of Limbs

This album almost didn't make my list. If I were making a "favorite Radiohead albums" list, it would be on the bottom. But even my least favorite Radiohead album is still one of my favorite albums of 2011. Although the initial few times I listened to it, I wasn't completely blown away (like I was with In Rainbows), I quickly found that songs like "Separator" and "Lotus Flower" were some of my favorite tracks from any band this whole year. 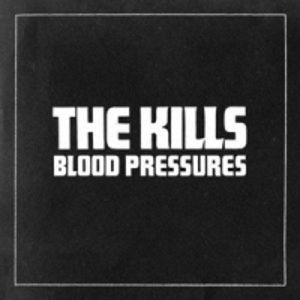 This is a great "straight up rock" album. Straight up rock is a new genre name I've invented (well, I'm sure many other people have used it before!) because with SO much music these days and SO many sub-genres that get grouped into the "rock" category, you can sometimes forget what a real rock n' roll album sounds like until an album like this comes along. "Future Starts Slow" wins the award for "best song to drive around and feel like a badass" to. "The Last Goodbye" will break your heart. "Heart is a Beating Drum" will make you dance around like an idiot. All-in-all, this album is a great experience. 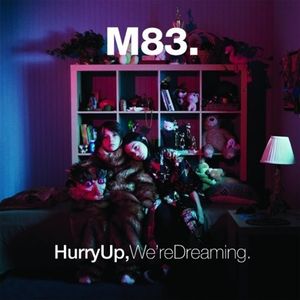 This "list" is not numbered, but if I had an absolute favorite album of 2011, this would definitely be it. This 2-disc album really and truly takes you on a journey. From songs like "Midnight City" that will make you dance like crazy to heartbreaking nostalgic ballads like "Wait" to incredibly trippy songs like "Raconte-Moi Histoire" to incredibly epic songs like "Outro," this album has everything. Every album M83 has put out has been progressively better than the previous one (in my opinion), and considering how much I loved Saturdays = Youth, I was bound to love this album. One of the great things about Hurry Up, We're Dreaming, though, is that the whole album comes across as one epic, emotional dream.

Definitely go and check these out, especially the locals! There are a ton of links for you to click on. Go to their pages, listen to their tunes. If you're in Atlanta, catch a show in 2012! Going to see a local show is always a great thing to do. It's cheap (and sometimes free!) live music! Typically in a place where you can drink BEER. And you never know what kind of free shit you will get - moon pies, stickers, free CDs, free beer! Who knows? And if you go support a local band, I guarantee your presence will be appreciated. Everybody wins :)