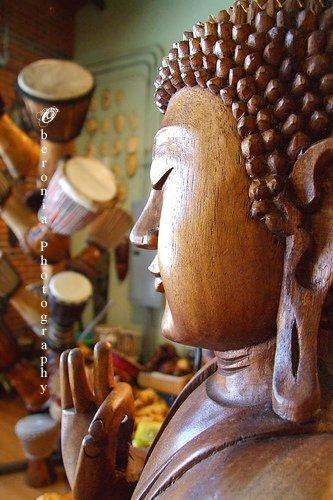 I thought I'd just write a random blog.

Blog. Isn't that word funny? Say it twenty times. It's kind of funny, isn't it?

I'm listening to Edward Sharpe and the Magnetic Zeros at the moment, and it's making me feel rather optimistic, I must say. There has been a lot of great music that I've been listening to lately. I promise I will have my music sharing podcast ready by next week. So, I was watching an abbreviated version of American Idol the other day (abbreviated as in recorded on the DVR and fast fowarded through most of it). I don't really know why. All that show is is a glorified karaoke contest. And then even when there's someone on there that I actually like (it does happen sometimes...like Bo Bice) when they get off the show and make an album, they make them sing these really shitty pop songs, which of course they didn't write. Why can't we have American Open Mic Night? Where we get original artists on there to do their original songs? I guess no one would watch that. People don't want to hear new music. But that can't be totally true, can it? They play new music on the radio. They used to play new music on MTV back when they actually played music videos. So let's get some new original music on American Idol. Let's have American Open Mic Night! (Yeah, that will still probably never happen.)

There are a lot of live shows that I'm excited about. Recently, I got to see Laura Veirs at the Star Bar. She and her backing band (the Hall of Flames) played a really killer set. I still think the Star Bar is a weird venue for her, though, and I would have liked to see her at Eddie's Attic or somewhere like that. There's always tons of trendy people just being loud and obnoxious in the Star Bar. Usually the bands are so loud there, though, that it doesn't really matter. And people who want to listen to the music can, and people who want to be loud and obnoxious can, and it works out for everyone! Laura Veirs, though, had a more mellow set than any other band I've ever seen there, and at times it was hard to listen. I swear, there was this girl standing behind me who did not stop talking the entire set! It would have been hillarious if I weren't trying to listen to Laura Veirs. It was getting ridiculous. The viola player (Alex Guy) would be in the middle of a really amazing part, and the girl behind me would just be rambling on..."You know, I played violin in high school, and I was really bad! I just never practiced, you know? I was like the 15th chair! They had 14 chairs on stage and they shoved me off stage halfway in the curtain! It was awful! I just didn't care about it, though. And then it wasn't until later that I was like 'Oh, man, I really should have practiced!'" Meanwhile, we're all thinking, "Hey, why don't you shut up so we can listen to someone who can play?" It was still a really great show though, and I'm really loving her new album, July Flame. I almost bought it on vinyl when I was at the show, but it was 20 bucks, and I was broke. (I don't really know what I was expecting...hehe.)

I have this new obsession with listening to vinyl records. It feels like a much more tangible music listening experience than listening to songs on an MP3 player or even a CD. My vinyl collection so far is pretty tiny, but I just added Siamese Dream by the Smashing Pumpkins and Teen Dream by Beach House to it. One of my old favorites and one of my new favorites. Speaking of Beach House, I'm so incredibly in love with Teen Dream. If you haven't listened to it, I recommend doing that!

In other news, I got to see The Tales of Edgar Allan Poe at The Center for Puppetry Arts last weekend. I hadn't seen a show there since I was a kid, and I had never been to their museum. They have so many cool things in there! Pieces from The Labyrinth and all of these Jim Henson puppets and Fraggle Rock stuff and other really interesting puppets. I feel like CGI kind of killed the art of the puppet, at least in movies. Anyway, I really loved how they wove all of the Edgar Allan Poe stories together, all of the interesting musical instruments that the musical accompanist was playing, and of course the actual puppets themselves. The puppets and the set were very innovative and creepy. And seeing a number of Poe's stories back to back like that reminds you of how disturbing they all are. But the whole show was very well done. I definitely plan on going to see another show there sometime soon.

Tomorrow is a good day for me both in terms of theatre and music. During the day, I'm having my first read-through of Community Service, the play that I'm working on for the Horizon Theatre Apprentice Company. So this year's apprentices will get to see it for the first time tomorrow. I really hope they like it! It's a completely ridiculous comedy filled with art made out of PBR cans (P-B-Art if you will), gender neutral pronouns, Jeopardy! questions, and slightly gay rednecks. Anyway, after that, I'm heading over to the Gwinnett Center to see Muse and the Silversun Pickups with my little brother, who got tickets for Christmas, and is taking me! (Because he rocks. Read his music blog.) Then on Sunday, we're doing a Long Absent Friends photoshoot with Alisha Gaspard, who if you'll recall took all of the badass Painted cast photos (and the photo above!). So, this weekend is looking pretty exciting for me, in spite of it being the LONGEST WINTER EVER.

In other news, I have found that there are some people out there who are always going to do whatever they can to bring you down. This is something that a lot of people I care about have been having issues with lately, something I've been having issues with lately. And I'm not just talking about in the artistic community, either. This applies to life in general. I'd just like to say, though, than nine times out of ten, these people are just really insecure and unhappy with their own lives, and the only way they know to try to be happy is to make other people unhappy. Or instead of outwardly projecting how insecure they are, they outwardly project condescending arrogance and act like they're better than other people. I'm trying really hard not to be judgmental, here. I don't think most of these people are consciously aware of what they're doing. But I think it's important to just try to do the best you can for who you are and not worry about other people who appear to be unsupportive or negative towards you. For every unsupportive bitchy person I have in my life, there are at least ten other people who are supportive and understand that I'm doing the best I can with what I've got. Just some food for thought. I guess the moral of this story is "Some people are bitches, but don't let them get you down." (Didn't I say that at one of my shows recently? I feel like that's becoming a slogan. Haha.)

But February is almost over, spring is almost here! and there are so many awesome things to be excited about right now. There's Girl Scout cookies, Beach House shows, people around me getting married and having babies and being very excited about the new stages in their lives, hillarious theatre, pool games, cheap beer, Bad Cat calendars, crafty glittery projects, Rocky Horror, old books, Radiohead, live music, dancing, being goofy, crying for no reason, life. There are so many wonderful people doing wonderful things all around me, so much to laugh about and dance around to and learn from and love.