Well, we've been in the middle of a snowpocalypse here in Atlanta all week. It seems like the entire metro area has basically been shut down since Monday.

Fortunately, though, Geoff and I have still been able to make some progress with Pocket the Moon, and I have some updates for you on the project!

You can also find Pocket the Moon on Facebook, Reverb Nation, and Twitter. So add us on there! We may be giving away promotional tickets to shows on Facebook and Twitter, so you could get FREE stuff!

We managed to squeeze in a photo shoot with Belenen before the ice storm hit on Sunday night, so those photos will be coming soon! We're also planning a photo shoot with Alisha Gaspard (I'm ending the "every time a band I'm in gets awesome photos from Alisha, we break up right afterwards" curse). Haha. We're excited to be working with such talented photographers, and we're excited to see what comes from it!

Also, we have our first official show on Saturday, February 5th at Drunken Unicorn. We will be playing with Ether Overdrive and Audiophile with Brennan Johnson, featuring members from Dubconscious, Collective Efforts and Entropy. This is sure to be an awesome night of music and for just five bucks to see three bands, you won't want to miss it! So bring your friends!

In the spring of 2011, you can expect a full album release from Pocket the Moon, and you can also expect to see us play shows with the incredibly talented Nerdkween (who is actually going to play South by Southwest!) and the also incredibly talented Sydney Eloise (who some of you may have seen at The Star Bar when we played there last month).

Speaking of the Star Bar, you can check out a few of our songs from that set in this video, thanks to Dominant Sound.

If you're looking for some new things to check out this weekend once the ice thaws, 1880's Dance Party will be playing with Pink Pompeii and Shortwave Society at Drunken Unicorn on Friday, January 14th. It's only 5 bucks, and it will definitely be an amazing night of music you don't want to miss. I will definitely be there so throw on your coat, scarf, and gloves, and come hang out with me and hear some great live music. For cheaper than the price of a movie!

Also, The Head will be having an EP release show at Vinyl with Young Orchids. I'm definitely going to that show as well. I got the opportunity to see The Head at Star Bar last month, and these guys have a really solid sound. Check it out! 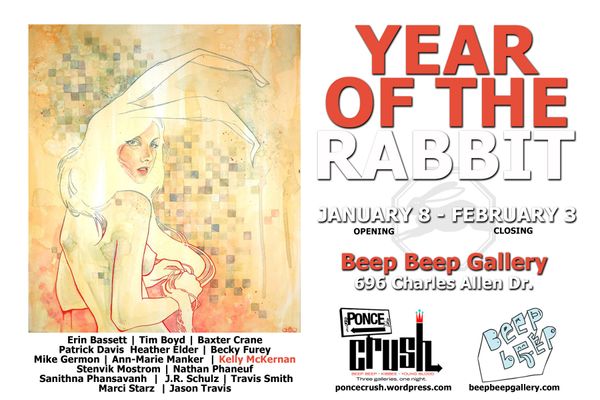 If you're looking for something a little more visual and you missed the Ponce Crush art crawl last weekend, Young Blood Gallery, Kibbee Gallery, and Beep Beep Gallery are still running their exhibits - Anima/Animus at Young Blood, Picturing the Beast: Animal Imagery in Contemporary Prints at Kibbee, and Year of the Rabbit at Beep Beep - featuring some of the cities most talented local artists. Anima/Animus and Picturing the Beast run through January 29th, and Year of the Rabbit runs through February 3rd. Check it out!

There are so many artists doing amazing things in Atlanta, so get out there and support them. Most of the time it's pretty cheap, and it's great to be a part of the community and see what kind of work local artists are creating (in all mediums!). Plus, you can get cheap beer at most music venues, theatres, art galleries, etc. And who doesn't love that? 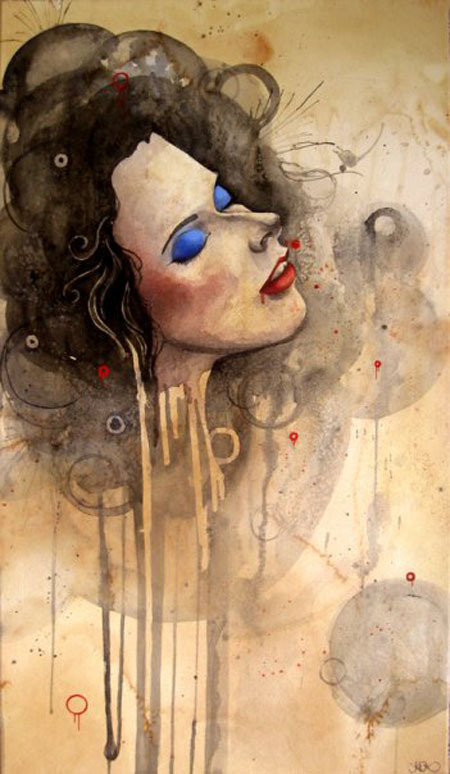 2. This piece by Kelly McKernan, local artist, entitled Hit Me

3. My friend's blog domesticationfail.com - I'm pretty much the opposite of domestic, but it's really fun to read about her domestic adventures! 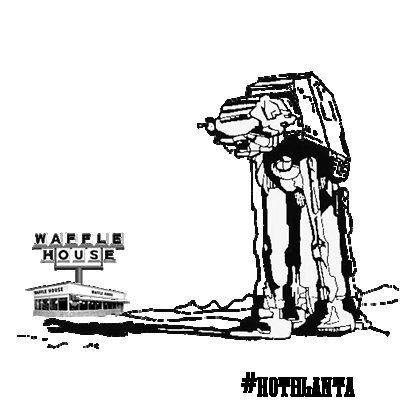 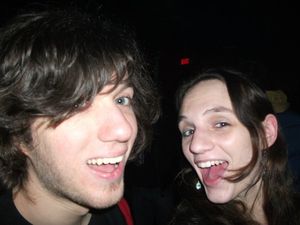 5. My little brother's writing for DeadJournalist.com now! (Hey, Kev, think you can hook Pocket of the Moon up with a solid review? Kidding, kidding.)