Viewing: Driving Downtown to the Show - View all posts 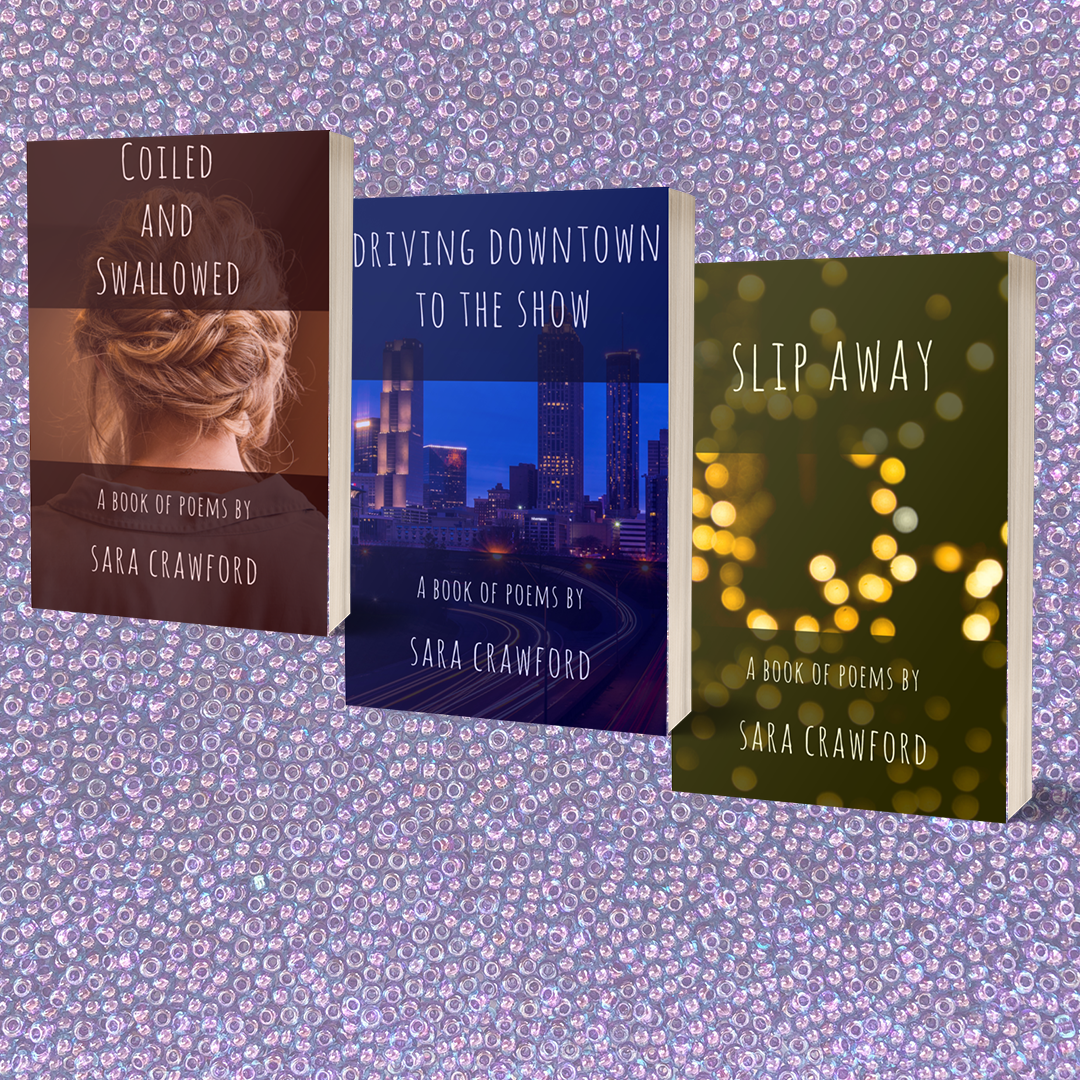 My poetry books are out today!

You can download Coiled and Swallowed, Driving Downtown to the Show, Slip Away, or a bundle of all three ebooks on all major retailers. (They may not be up on Apple yet but should be by the end of the day.) You can also download any of these here on the website.

The print versions should also be available by the end of the week, and stay tuned for information about the audio versions!

Also, I will be doing a brief reading mainly featuring poems from my new collection, Slip Away, tonight at 7:00 PM EST on my Facebook page. I hope to see you there! 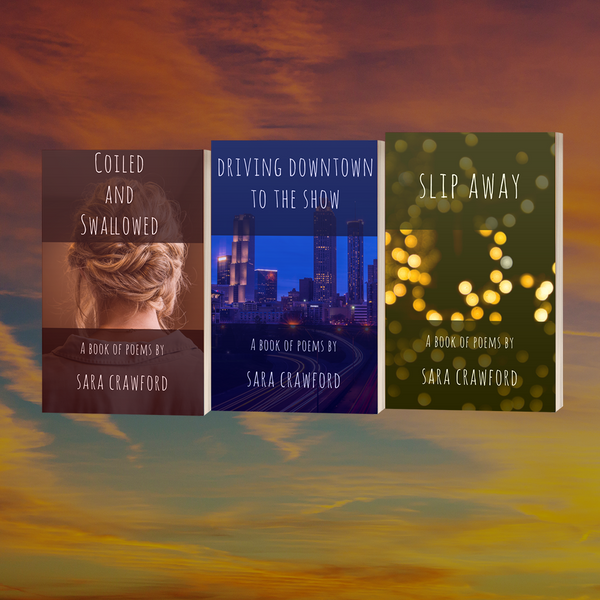 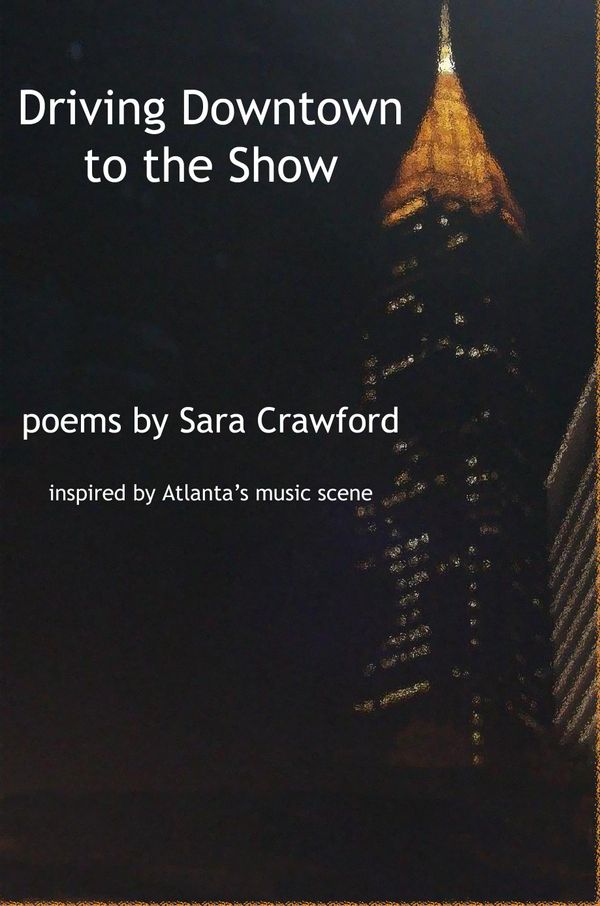 Driving Downtown to the Show is a book of poems that came out of a grad school poetry workshop I took in spring 2011. Our professor had us come up with a poetry writing procedure, which would consist of ―rules that we would set for ourselves which would determine our writing schedules and content. We were to decide on a title before writing any poems, and the goal was to have a cohesive collection of poems by the time the semester was over. Because I was taking this class at a time when my main creative focus was my music career, I decided to use music as an inspiration for my procedure, particularly the Atlanta music scene.

Being in a local Atlanta band myself, with a long history of performing and enjoying many local shows in Atlanta’s many wonderful and unique music venues, I was greatly inspired and I wanted to harness that energy. Our city has such a wide variety of musicians and performers, and on any given night, there are at least three or four excellent local shows to go see. I wanted to do a collection of poems that celebrated the musician and celebrated the entire metro Atlanta area.

I scheduled my writing time for after band practice, and I decided each poem must contain a band name. When I sat down to write a poem, I would look up the bands that were playing at some of my favorite Atlanta music venues, The Earl, the Drunken Unicorn, and the Star Bar, and I would incorporate one of those band names into my poem. I also would put my iPod on random, and whichever song played would determine the length of the poem based on how many lines the lyrics had or how long the song was if it was an instrumental song. (I also decided, just for fun, to slip in all of the band names of bands I’ve been in.)

I will be self-publishing this book in the spring. Stay tuned for news of a book release/reading event!


For now, enjoy one of the poems from my collection. In this poem, the band name I used was Wild Nothing. (They are not at Atlanta band, but they happened to be playing at the Drunken Unicorn the day I wrote this poem.)

That night, you got into
a shopping cart,
and I pushed you
around the Pizza
Hut where we worked –
in the rain - laughing - we were
wild. Nothing
ever stood in between
you and I and adventure.

We'd sneak out of our slumber
party bedroom windows
to hop in my white Chevy Malibu,
alternating drivers, drinking
vanilla coke,
bitching about the boys
who dumped us both at the same time
("Those fuckers!"),
listening to the Driving Mixy –
All I want to do is to thank you
even though I don't know who you are
you let me change lanes
when I was driving in my car

Accelerating without a care
through the strip malls and chain restaurants
in the town
where we once covered
the church playground in sidewalk chalk –
happy faces and song lyrics –
until the cops caught us
and told us to go home,
but we were.

Hey everyone! It's been a while since I've updated. I've got quite a few things going on right now, so I thought I'd let you know about them! 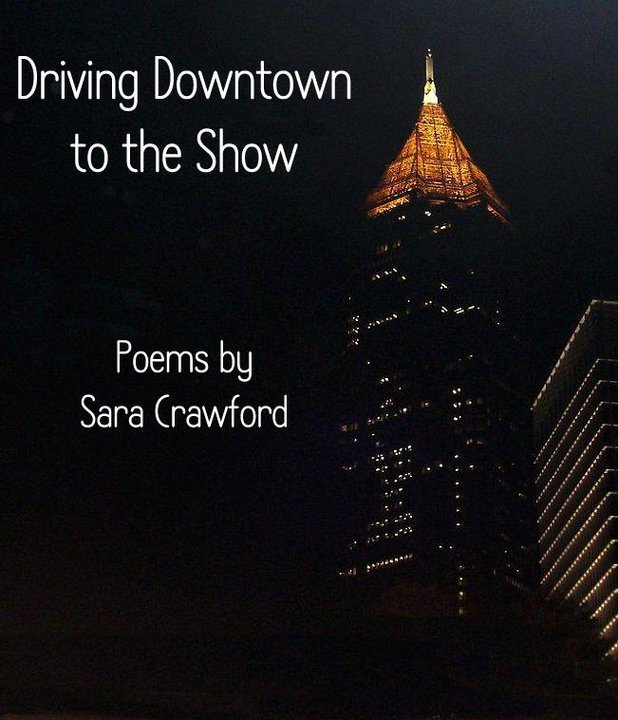 First of all, I just finished a new book of poems called Driving Downtown to the Show for a poetry writing workshop I was taking for grad school. As you may recall, this is the project where I had to use the name of a band playing at The Earl, the Star Bar, or the Drunken Unicorn in each poem. I'm really happy with the way it turned out, and I'm planning on going the self-publishing route with this one and releasing it sometime in August or September. So stay on the look out for that! 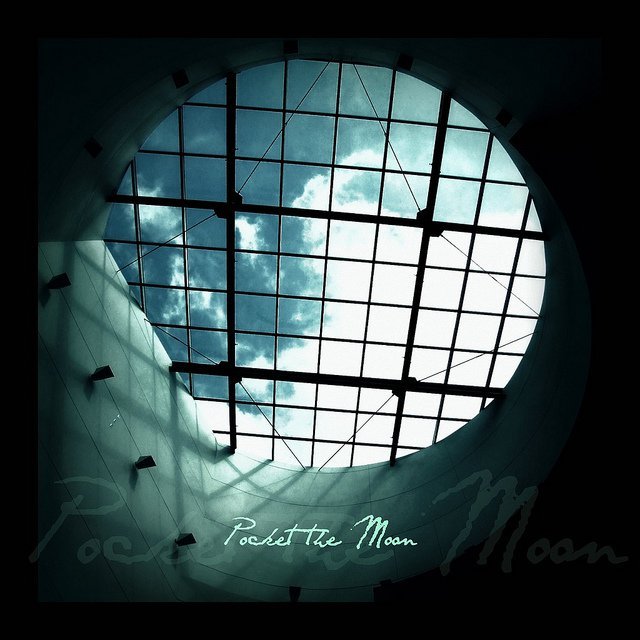 Also, my band, Pocket the Moon, has been super busy. We are hard at work getting ready to release our debut self-titled 10-track album. We also have a couple of really cool shows/events coming up that I hope you will join us for:
We are also continuing to book shows for our August 2011 tour! A complete list of tour dates will be announced soon!

And stay tuned to the website for more of my YouTube cover series and the Poem of the Week, both of which are returning next week!

I'll leave you now with: 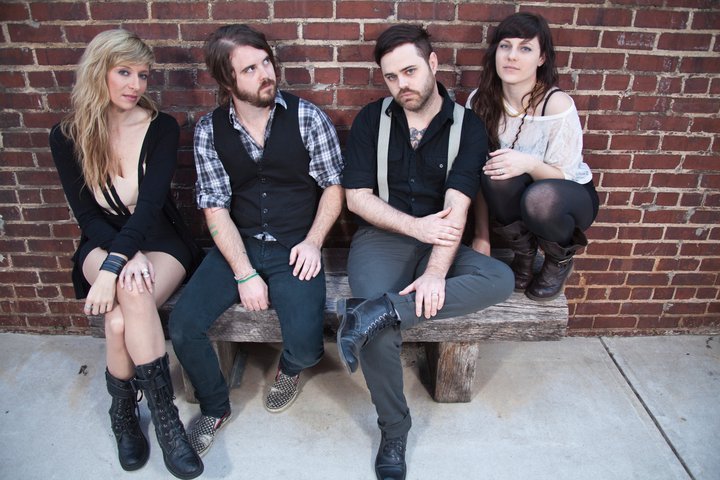 The new album from Today the Moon, Tomorrow the Sun - W I L D F I R E - Definitely check it out!! 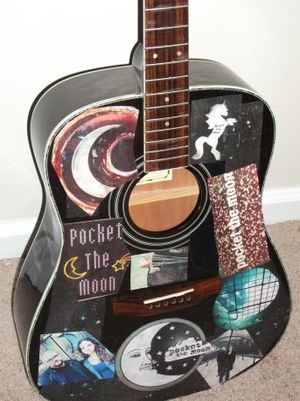 Decoupage! I took an old acoustic that I had just laying around and made it a Pocket the Moon guitar! I'm planning on giving it away in the raffle at the 5/28 American Red Cross Benefit Show! 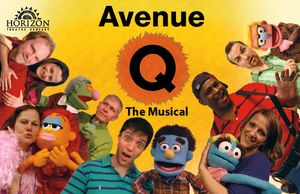 The fact that Avenue Q is playing at Horizon Theatre starting tomorrow, May 20th! Check it out everyone!

Carolina Wallin Perez - Anyone who has known me for longer than a year probably knows about my obsession with Swedish band, Kent. I just discovered this artist who has AN ENTIRE CD OF KENT COVERS which are AMAZING. And that makes me excited :)

A poetry project - Driving Downtown to The Show 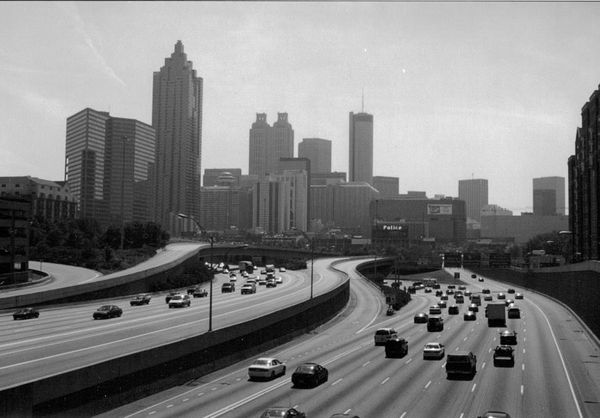 Atlanta by jkelley1 on deviantart

As many of you know, I've always been one of those artists who must be doing multiple things at once. Writing plays, writing songs, playing music, sometimes acting, writing screenplays, sometimes film making, writing poems, decoupaging tables...there's really nothing I won't at least try when it comes to art. I've decided lately, though, to kind of put everything on the back burner and focus on music, specifically Pocket the Moon. I spend most of my time promoting, booking, writing music, practicing, recording, etc. (Well, Geoff's really doing most of the work on recordings. I just show up and play/sing. He's the one who makes it sound badass.)

I am still doing my grad school program, though. I'm pursuing my MFA in Creative Writing with an emphasis in Playwriting. And while I'm sort of taking a break from writing plays specifically to really concentrate on Pocket the Moon, I am still working on poetry for my poetry writing workshop.

I decided that since I am focusing so much on music right now, not just my own music, but also being a part of the Atlanta music scene that my procedure (and my book title) would incorporate this theme.

Writing schedule: Every Tuesday, Thursday, and Sunday, I will write a poem after band practice.

Content: I will look up the bands on the bill of a certain music venue, and in my poem I will have to use one of those band names in the first five lines of my poem. (Tuesdays - The Earl, Thursdays - Star Bar, Sundays - Drunken Unicorn - because those are probably my favorite venues.)

Length: When I sit down to write, I will put my iPod on shuffle. Whatever song plays, I will look up the lines of lyrics and that is how many lines my poem will be. If it is an instrumental song, the length will determine my line count. (i.e. a song that’s 4:57 would be 57 lines in 4 stanzas.)

Title: Driving Downtown to the Show

This is obviously not how I usually write poems. I might start with a particular form in mind or even a writing prompt, but never something as elaborate as this. But so far, I am really loving the work that is coming out of it. And having to write three poems a week after coming out of a period where I haven’t written any poems for at least two years was definitely a challenge at first. But now, I’m right back into the swing of things.

These are some of the band names I’ve used so far:
Hip to Death
Wild Nothing
How I Became the Bomb
Dead Rabbits
Quiet Life
The Future of Airports

I’ll leave you with one of the poems I’ve written for this project. The band name I had to use that day was Siberia My Sweet (which is also one of my favorite local bands ironically.)

Last August, when the salty, suffocating air
nearly strangled us

as we crept through the Deep South
you took my hand and said,

"Let's travel to Siberia, my sweet
and become one with the frozen tundra.

We can become snowmen with
little black hats, and at least we'll

know that we'll never melt away,
our hands frozen together

in miles of ice and snow." You smiled
at me and kissed my cheek.

I untangled my fingers from yours
and kissed the night air of the Deep South.